On Saturday, May 29th, at 9:00 AM, the Borough of Morris Plains, NJ, will hold its annual Memorial Day service at Robert’s Garden, corner of Glenbrook Road and Mountain Way.

The traditional memorial service, conducted by members of the Morris Plains VFW Watnong Post 3401 and Denville American Legion Post 390, will be followed by comments from special guest speaker, Plummer Williams from VFW Post #3401.

Then at 9:30 AM, the 35th Annual Memorial Day Parade will start near the intersection of Glenbrook Road and Mountain Way. The parade route travels south on Mountain Way, east on Rosedale Ave, then north along Speedwell Avenue, past the reviewing stand at the corner of Franklin Place, opposite the railroad station, and continues north up Littleton Road to Route 53 north where it ends at the VFW Watnong Post #3401.

In 2021, our Grand Marshal is Alice McGreevy, proprietor of Arthur’s Tavern. She is being honored for her long-time support of activities in Morris Plains. Alice is being represented by her daughter, Alyse Moore-Puentes, and Alyse’s children (also Alice’s grandchildren), Daniel age 8, and Ava age 6.

A highlight of the Parade will be an appearance by the Future Marines of RSS Northwest.

Also, once again, The Golden Gup and Lulu will appear and play patriotic tunes while Korean War Veteran, Dudley Werner, and Mickey and Minnie Mouse accompany them.

This year, the Parade will be live-streamed at: https://parade.soutar.tech/. If you can’t make it in person, check it out on-line.

Enjoy some pictures of previous parades! 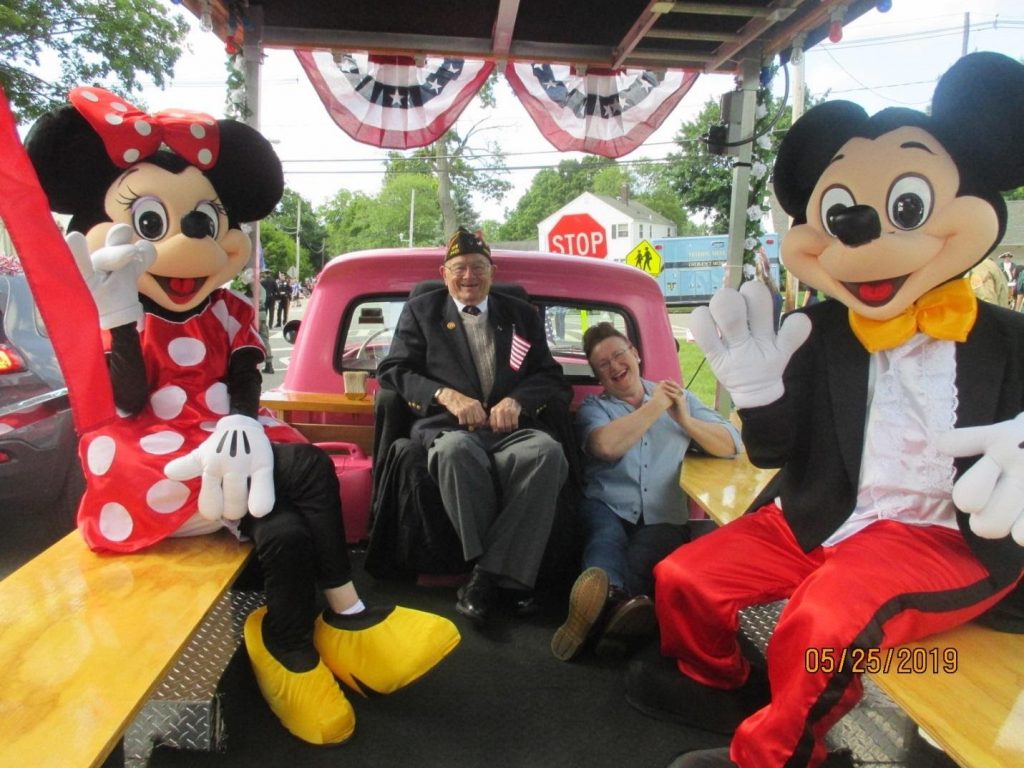 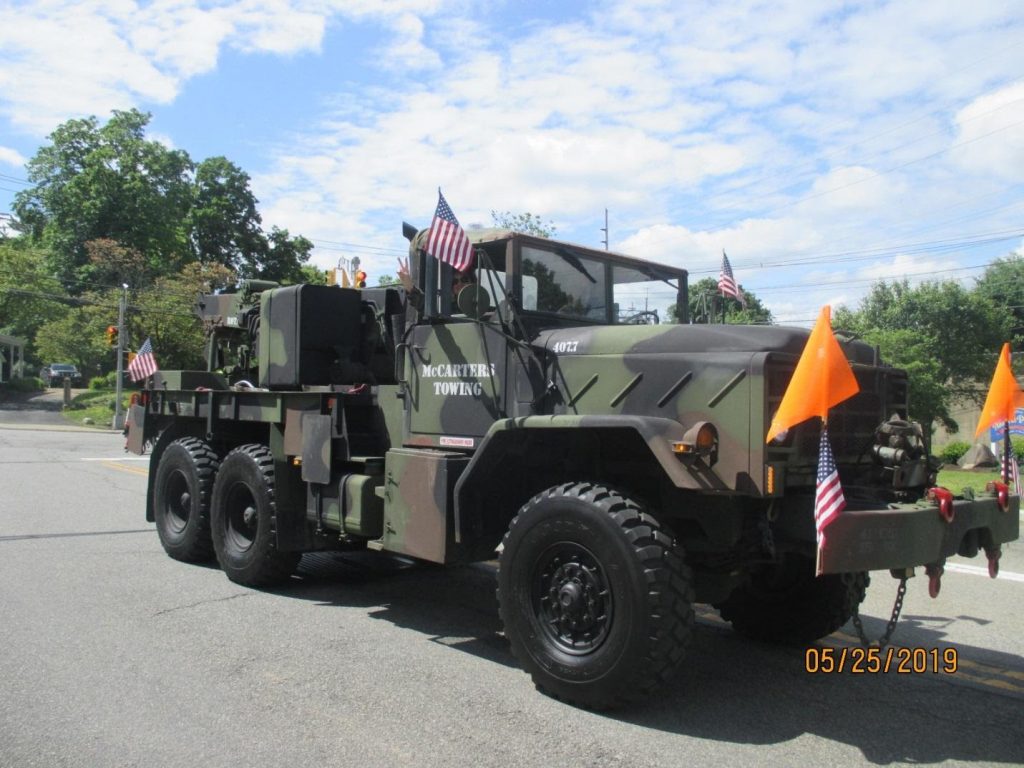 Bruce McCarter and his wife from Denville are travelling in a military vehicle in the 2019 Morris Plains Memorial Day Parade. 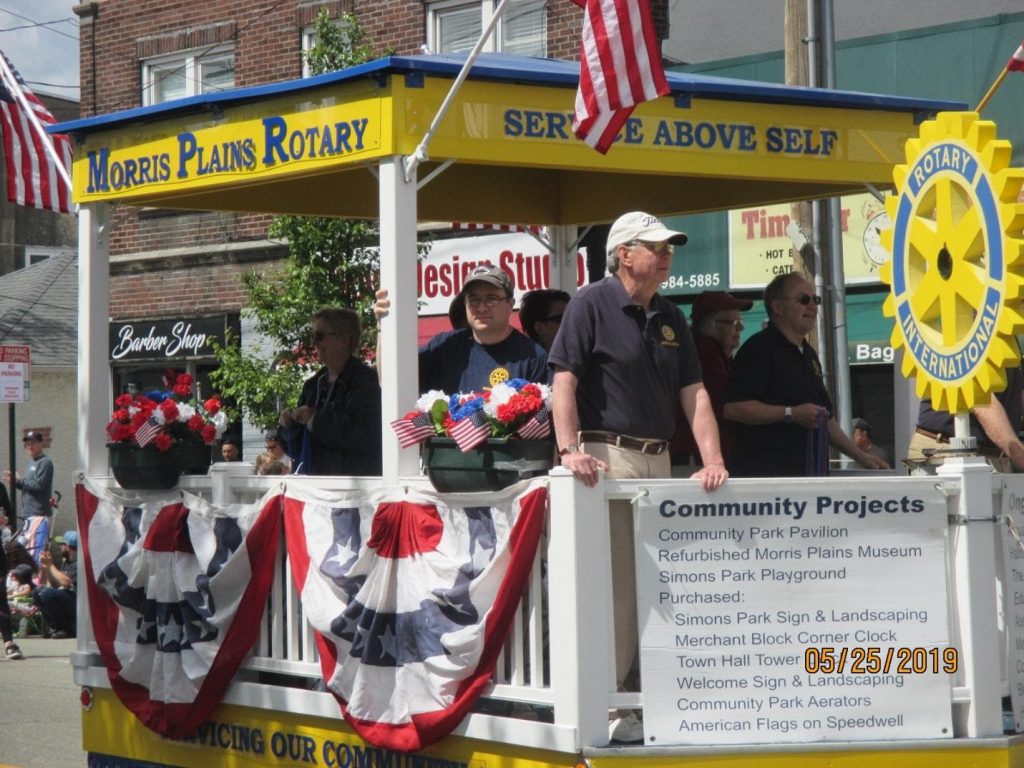 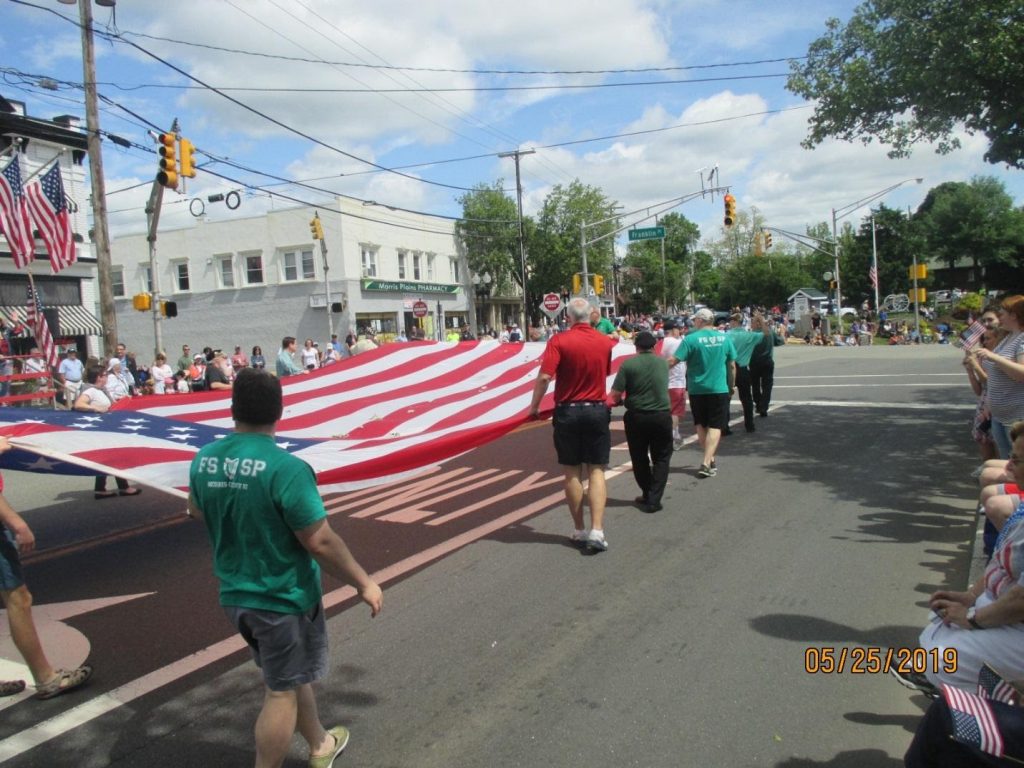